The Treehouse Festival is a small, independent week long summer festival on a farm in Norfolk. The idea is a fully catered community who create and build things, learning forgotten skills from experts and each other.  One year we built a thatched Iron age round house, then a smoke house – smoking our our homemade cheese, then a lake house made from recycled wood just to give a picture.  So if you wanted a space to make things, experiment and learn then come to Treehouse Festival. 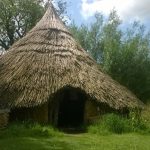 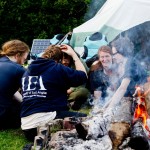 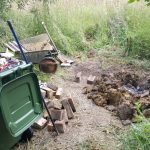 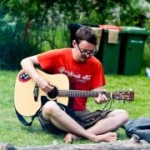 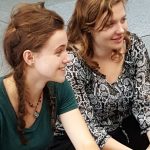 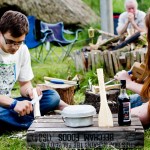 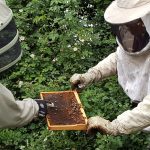 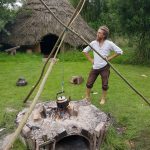 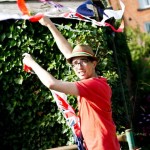 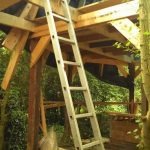 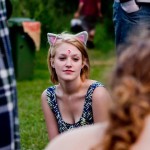 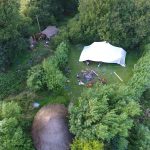 There is an ongoing building project each year as well as workshops and seminars that in the past have included climate change, iron age living, songwriting, metal working and sustainable architecture.  An acoustic night on the Thursday,  There’s delicious vegetarian cooking all week, there’s a constant campfire with great philosophical conversation, and at the end of the week, there’s the grand party with bands from across the country and an alternative economic system.

How small is it, really?

We think small is beautiful. The chances are that if you’ve heard about the Treehouse Festival, you did so through a friend; that’s how we roll. We expect around thirty to fifty people at the Camp (the full week festival) and 250 or so at the Party (on the last night). There’s plenty of new people every year, so it’s changing all the time.

Why is it called the Treehouse Festival?

The Festival grew out of a group of friends deciding to build a real treehouse in their spare time. Every summer they’d spend a week or so camping out at Brandon House Farm, working on the treehouse’s spiral staircase, its balcony, or its roof. More friends came along to join in–after all, it sounded pretty fun. Even more friends came, who didn’t particularly want to build, but wanted to enjoy the camping and community spirit that quickly became something special.

Soon, the week of camping became its own entity, while the magnificent treehouse continued to be built, and thus the Treehouse Festival made its first appearance.

Sadly, the treehouse–made by young people in their own time, with their own initiative; made from entirely recycled materials, a long way from anywhere; that had engendered a sense of community and a can-do attitude in countless young people–was ordered to be removed by the South Norfolk Council.

Rather than mourn its loss and change the name of the Festival, we decided to keep the name, and let the Festival be a celebration of our departed treehouse, and the special community spirit it brought us. 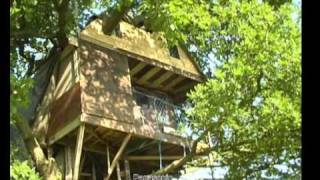 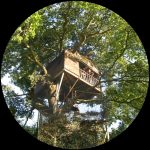 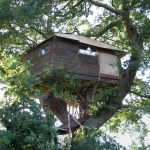 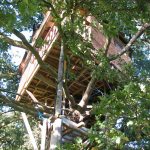 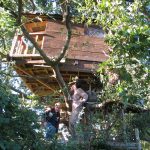 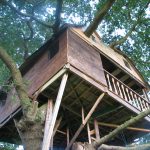 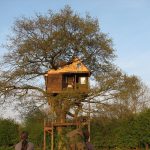